The Brummie dialect, otherwise known as the Birmingham dialect, is spoken by the residents of the second-largest city in the United Kingdom, Birmingham, famous for its world-class curry houses.

The term Brummie is also the name of the inhabitants of this city.

As well as having their own dialect, the city’s inhabitants also have their own unique Brummie accent, that sounds strange to outsiders, and not only to foreign visitors from abroad, but also to British people in neighbouring towns and counties too!

Did you know: Historically, Birmingham was originally known as Beormingaham, after the Anglo-Saxon tribe that settled in the region in 600 AD. It was recorded in the Domesday Book as Bermingeham in the 11th century, and over time, the name changed slightly to Brummagem or Bromwhichham, which is still in use many centuries later.

For more fun facts about the city, I’ve put together a post of 38 Interesting Facts about Birmingham

In this post I’ve put together a detailed guide of the most commonly used Brummie slang words and phrases, their meanings, and how they are used in conversation. Plus, how to speak in a Brummie accent, a video guide, and a list of some hilariously rude terms and their meanings.

Scroll on to read my Brummie Slang Words, Phrases & Accent (a Local’s Guide)

Brummie meaning: Definitions and brief history of the Dialect

Since Birmingham has been known as Brummagem to the locals for several centuries, it gave rise to the terms Brum (short for Brummagem), and Brummie which is the collective name of the city’s inhabitants, their accent and dialect.

The term Brummie is often mistakenly used to refer to all accents and peoples of the West Midlands region, though the people of the Black Country, which sits adjacent to Birmingham, are a proud people with their own dialect, a different accent, and even their own flag, and thus, they do not identify as Brummies. As such, the two should not be confused with one another.

What’s the difference between a Brummie and Black Country?

A Brummie refers strictly to the residents of the city of Birmingham, while the Black Country is the industrial region that surrounds Birmingham to the north and west, that consists of Walsall, Wolverhampton, Sandwell and Dudley. The people of the Black Country are known as ‘yam yams.’

There are similarities between the accents of the Brummies and yam yams, but they are not the same, and both have their own dialects.

What are Brummie words? Here’s a collection of the most commonly used dialect and phrases still in use by today’s Brummie population:

In the Brummie Urban Dictionary algorithm, the top 5 slang words for “Birmingham” are: Brummie, Brum, Birmz, Lozells, and Bostin.

Below is a compilation of more Brummie dialect and phrases still in use in Brum today:

What does Bostin mean?

One of the most popular and iconic words in the Brummie Slang dictionary is the word “Bostin”. It’s a well-known term that means amazing, awesome, brilliant, or excellent. The shorter word “Bost” (similar to the word bust), is slang for broken, so you could use the word bostin to describe something that’s smashing.

This word is also popular in the Black Country Dialect.

Naturally, the Brummie dialect would be incomplete without its share of imaginative rude words, phrases and euphemisms. I’ve compiled a mini urban dictionary below of the most commonly used Brummie insults and outrageous definitions (*warning: some of these are quite vulgar*).

My post Birmingham Map: Tourism & Travel Guide has a collection of free and useful downloadable PDF maps of Birmingham, from rail and bus network maps, to landmarks, shopping malls, restaurants and cafes.

The so-called ‘British accent’ is recognised all around the world due to hit TV dramas and blockbuster movies, often prevalent among protagonist/villain characters in Hollywood.

However, what many don’t realise is, there is actually no such thing as a British accent!

What people outside the UK are hearing is technically known as Received Pronunciation (RP) – the accent of the elite, also known as the Queen’s English.

Whats more, there are actually many different regional accents all over the UK, some of which are specific to individual cities even. And believe it or not, these accents sound very different from each other – some are soft, melodious, and easy on the ear. Others are cheery and optimistic-sounding, like the Liverpudlian accent.

Some, like Scottish and north English regional accents, sound cold and, to the untrained ear, make the speaker come across as unfriendly and hostile even. And then there are some accents like the Geordie, that sound funny, odd, and incomprehensible even to other regional accent users!

The Brummie accent, spoken by natives of Birmingham (like myself), is perhaps the most ridiculed of all the regional accents in Britain. Why this is, I’m not sure. But to my ears, this accent reminds me of home, and friendly people.

The Brummie accent is unique from most regional accents due to the downward intonation at the end of each spoken sentence, meaning the voice lowers in pitch and the sound of the last word fades away slowly. By contrast – accents like the Scouse (Liverpool accent) and the Northern Irish, have an upward intonation, and thus, an increase in pitch during talking, making those accents sound vibrant and cheerful.

As such, the Brummie accent is rather monotone, usually hitting a single, low note, and staying with it no matter what. This may be the reason why it has a negative reputation in the UK. Moreover, when a Brummie is portrayed on TV, they come across as dull, unimaginative, and idiotic. Hopefully this unfair stereotype will change, following the worldwide success of the gangster TV series Peaky Blinders.

A ‘cob’ refers simply to a bread roll, ‘got a cob on’ means to be in a foul mood. Example: “He’s got a right cob on this morning.”

Video: Learn how to Speak Brummie

Here’s a great video that’s useful in explaining how to accurately pronounce words a Brummie accent:

What are your Donnie's?

Donnies – a way of saying hands. Example: “Give us your donnies” is what a mom might say to a child, meaning “Hold my hand.”

What does Bab mean in Birmingham?

‘Babby’ means a young child, but the shortened version ‘Bab’ is a variation of baby, generally an expression of endearment meant for those you love and know quite well, similar to saying ‘hun’ or ‘dear’. Example: “How are ya bab?”

What’s the difference between a Brummie and Black Country?

A Brummie refers strictly to the residents of the city of Birmingham, while the Black Country is the industrial region that surrounds Birmingham to the north and west, that consists of Walsall, Wolverhampton, Sandwell and Dudley. The people of the Black Country are known as ‘yam yams.’

There are similarities between the accents of the Brummies and yam yams, but they are not the same, and both have their own dialects.

What is a Brummie in England?

A Brummie is a term given to the name of the inhabitants of the city of Birmingham, England. Since Birmingham has been known as Brummagem to the locals for many centuries, it gave rise to the term ‘Brummie’, as well as ‘Brum’ (short for Brummagem).

What is a person from Birmingham called?

Since Birmingham has been known as Brummagem to the locals for several centuries, it gave rise to the terms Brum (short for Brummagem), and Brummie which is the collective name of the city’s inhabitants, their accent and dialect.

Do they say mom in Birmingham?

Unlike the rest of the UK, Brummies call their mothers “mom” instead of “mum”. While the word “mom” is commonly used all over the USA and elsewhere in the world, it has its origins in the Midlands region of England, first written in 1867.

This makes buying birthday and Mothers Day cards highly frustrating for Brummies in the UK, as virtually all cards will have either “Mum” or “Mummy” on them.

Is Brummie the worst accent?

Due to the sound of the accent and a dialect that people from outside the city are unfamiliar with, the Brummie twang gets a lot of stick around the country. indeed, it was voted the least attractive in the UK. Hopefully this will change, following the popularity of its use by Cillian Murphy’s main character in Peaky Blinders.

While it may be good enough for Cillian Murphy in Peaky Blinders, the Brummie twang has been voted the least attractive in the country. And just to rub it in, the Wolverhampton accent has placed five places higher in the list.

Where did the Brummie accent come from?

The Brummie accent originated many centuries ago in the Midlands town formerly known as Brummagem, that is today known as Birmingham, the UK’s second city.

What is Brummie Slang?

The Brummie dialect, otherwise known as the Birmingham dialect, is spoken by the residents of Birmingham, the second-largest city in the United Kingdom. The term Brummie is also the name of the inhabitants of Birmingham.

The word pop has several definitions: on its own, it means squash (ie: orange squash, Ribena). Although some use it to mean fizzy drinks also. Fizzy pop means soda / fizzy drinks (ie: lemonade, Coke). And Council pop just means tap water. ‘Council’ implies a person is too poor/broke to afford normal pop, stereotypically associated with people who live on Council estates.

I hope you enjoyed this post and learned some cool new slang, and that it inspires you to visit my hometown someday. Leave a comment below!

57 Interesting and Incredible Facts about Liverpool

As always, I source the cheapest flights on the web from Skyscanner and Kiwi.com. They are considered the top flight search engines for the best deals.

I use Booking to find fantastic cheap stays with free cancellation options.

Travel insurance will protect you from theft, injury, illness, and cancellations. A safety net in case anything goes wrong, I never leave without it. World Nomads is my favourite agent for total peace of mind.

I book all my fave activities and guided tours on Get Your Guide & Viator – they do superb deals whilst offering excellent customer support. 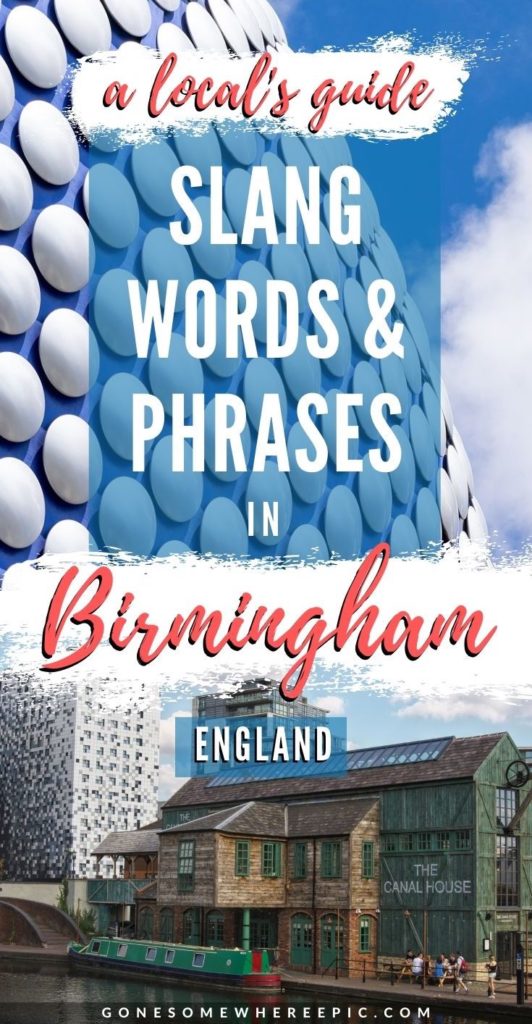 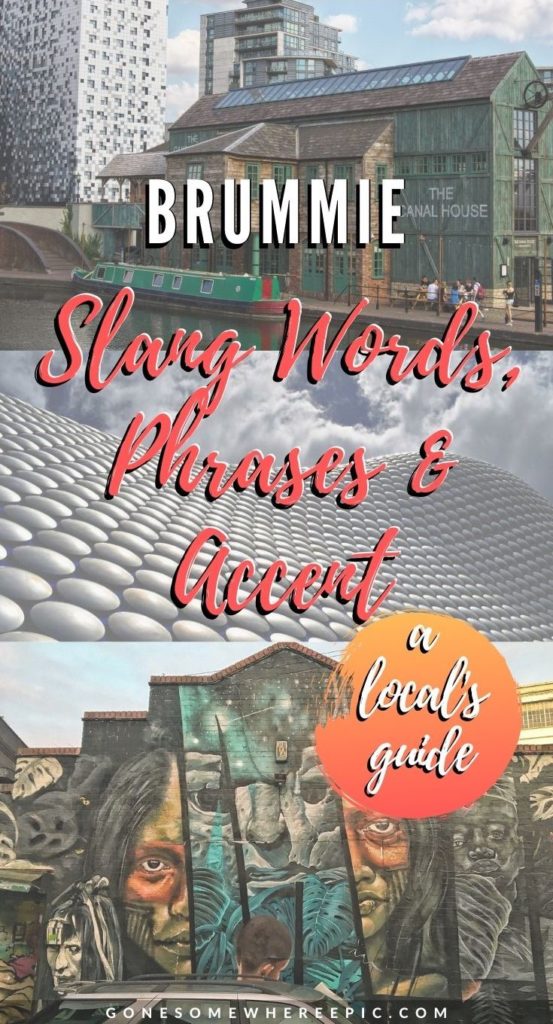 All Posts »
PrevPreviousWhere to go in Bali in 2022 (13 Must Visit Places)
Next41 Interesting Facts about Birmingham, England (2022 Edition)Next

18 Best Things to Do in Cape Town